The National Enquirer has finally come to an end the Publisher American Media Inc. has filed for chapter 11 bankruptcy protection. Right now they are trying to fix cash flow issues with a debt restructuring plan. They have $1,000,000,000 in liabilities and say they should come out of chapter 11 in 60 days.

This week i decided to add something new. Take a look at this Big time catch in overtime by Jerricho Cotchery of the New York Jets who actually gets hurt in the process but he never gives up on the play and displays that play like a jet mentality that Rex Ryan has been instilling many players wouldn’t have tried to catch that ball and just layed down an gave up like Albert Haynsworth in the eagles game. This isn’t the first time he has made an amazing catch here is one of my favorites

On a recent show  in Canada rapper Boogz Boogetz shows us some of that fine Kush he enjoys over there and it sure looks amazing.  Everyone smokes but we don’t all smoke like this #stonerlife also check Boogz Boogetz mixtape Far Rockaways Most wanted its out now check my previous posts for the D/L links 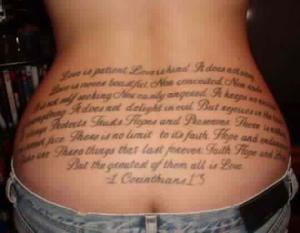 Courtesy of Pause Police : Wow who does this i am at  a loss of words she put a whole page on her lower back that SMH  im gonna keep my comments to myself but WTF?????

D/L for the song

This is a promo for Currensy’s new album Pilot talk 2 which drops 11/23 he has been on his grind this will be the second album he dropped this year d has been on the smokers club tour as well go out and cop this should be classic. check out his single Michael Knight Video below

Click the first picture 2 D/L this Mixtape dropped 10/7/10 courtesy of philly rapper P Sanity he has a few guest appearances from Allentown & Philly rappers Shoutout to my Struggle Music Niggas they got a lot music on the way. Also check out Street Credit Vol. 1 & 2 on Dat Piff

Check out this video of MR. Shit Talker aka Channing Crowder the Dolphins linebackers response to getting spit on by ravens player during the game if i was Crowder i would have met McClain in the parking lot and shot the fair one because spitting in someones face isnt gangsta at all. I  could carless though maybe this will shut up chowder i mean Crowder

This another banger from O Head he been on his grind lately been doing a lot of new videos he said he got 25 videos in the works so he grinding hard repping Allentown, Pa stand up! Check out O head YouTube channel its Ohead610 also he released 2 mixtapes last month on Dat Piff

They Rather Hate it than Love It Pt.1 (the Love Side)

They Rather hate it then Love it pt2 (the HATE side)

This is a new joint from Allentown, PA Rapper Phillup Bank$ directed by Joshua Ramirez over at Rap Forever this song is hard its definitely worth checking out im feeling Phillup Banks flow check him out on the Dastashbox.com radio every Wednesday night on Rapforever.com. also check out Volume 3 available on Datpiff.com link below. 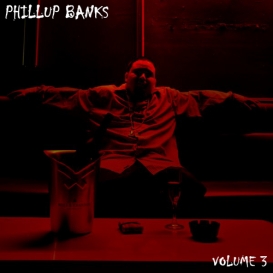 This is a joint off he new mixtape which should be out sooner than we know from dice called 4,5,6 he in process of working on his next mixtape as well. If you didnt hear Statue of Liberty in Miami check it out Link Below

Statue Of Liberty in Miami 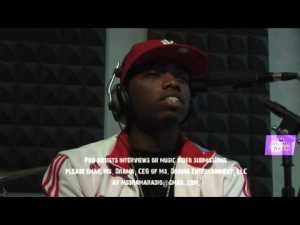 Brookyn Newz comes with some new music its been a minute since i heard him but i been listening to him since he was in the Blok Gang with rapper Coke an then went solo an signed to Mpire music i hope to hear more new music from newz i like his delivery. Since the modo M.O.E.T its only right to post song called Money over Everything. shout out to the BLOK GANG!

song from SMACK DVD Gangsta Strole this joint was hard

This is the Jets version of the song black & yellow entitled Green & White by young NJ rapper Twondon im a jets fan so i had to post this. s/o J. Geiger for putting me on to this for more music from Twondon check his You Tube link TwonDonTV for more music & D/L links

Here is the original Commercial as well

This is an interview on how to get fired from your job Randy Moss talked about his old team the whole interview after his current team lost and made his own questions this seemed like a plea to Patriots to take him back he got some issues. How you go back to the team that drafted you an get booted out-of-town in less than a month this was just as bad as Allen Iverson’s return to philly. The Vikings organization should refund all fans that bought a Moss jersey on NFL.com because they wasted their money and time.

i doubt Jay-z takes this song serious but its funny MC Hammer was upset Jay-z dissed him in So appalled so he responded with the first dance diss track in hip hop. it seems like everyone has dissed jay-z this year and he hasn’t responded directly just subliminally.