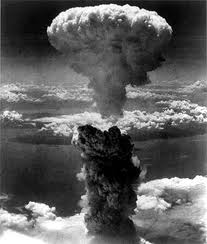 From the birth of hip hop the most lyrical emcees have always been known to be born on the East coast. The West coast was more known for gangsta music & party music. They havent been on top since 2pac  but managed  to survive the south’s reign on top as well. In the last 10 years it seems that things have changed drastically. The West has stepped their game up to another level & have been producing a lot of lyrical rappers these days such as Kendrick Lamar, Crooked I, Dom Kennedy, Fashawn to name a few. When we look at the East now its still all bout being Fresh dressed, how much drugs you deal & how gangsta you are.These days everyone is pretty much saying & doing the same thing that’s already been done.

Where are all the new lyricists at? Outside of Fabolous & vets like Raekwon & Jadakiss nobody new is delivering consistently besides Vado & A Mafia. Now dont get me wrong there are a few other nice East caost rappers like Joe Buddens & Joel Ortiz but there not NEW. How did we go from the most creative Coast in hip hop to just being lost in the past & complaining that hip hop is dead. During that time the south & west & Mid West have got more lyrical changed their formula and it seems to be working. In my opinion the west will rise to the top again before the East because they are putting a variety of music out, not the same product with a different face & the unity is strong in all coasts but the East. The East coast has a lot a fake love one minute they cool the next there not.

The East has so many artists but a lot of them never actually drop albums & the labels are not promoting them as much. Some prime examples Red Cafe & Jae Millz in the past they both have had so many singles with videos & still no album. In closing Step ya game up East coast rappers because you’re not the only one’s with lyrical content these days.